Hi, I’m Janine, I’m 35, I grew up in Dundee and went to St John’s High School. I was always interested in dancing, singing and performing so from school I went to college and studied media studies. I did really enjoy this but there was no real follow-on course so I moved on to a marketing and advertising course but dropped out because there was so much maths involved. All the charts & numbers definitely weren’t my strong point. I never knew exactly what I wanted to do with my life so I got into retail. This wasn’t ideal but it felt like the only option then. The thing is it taught me loads on customer service & how I should be with people. 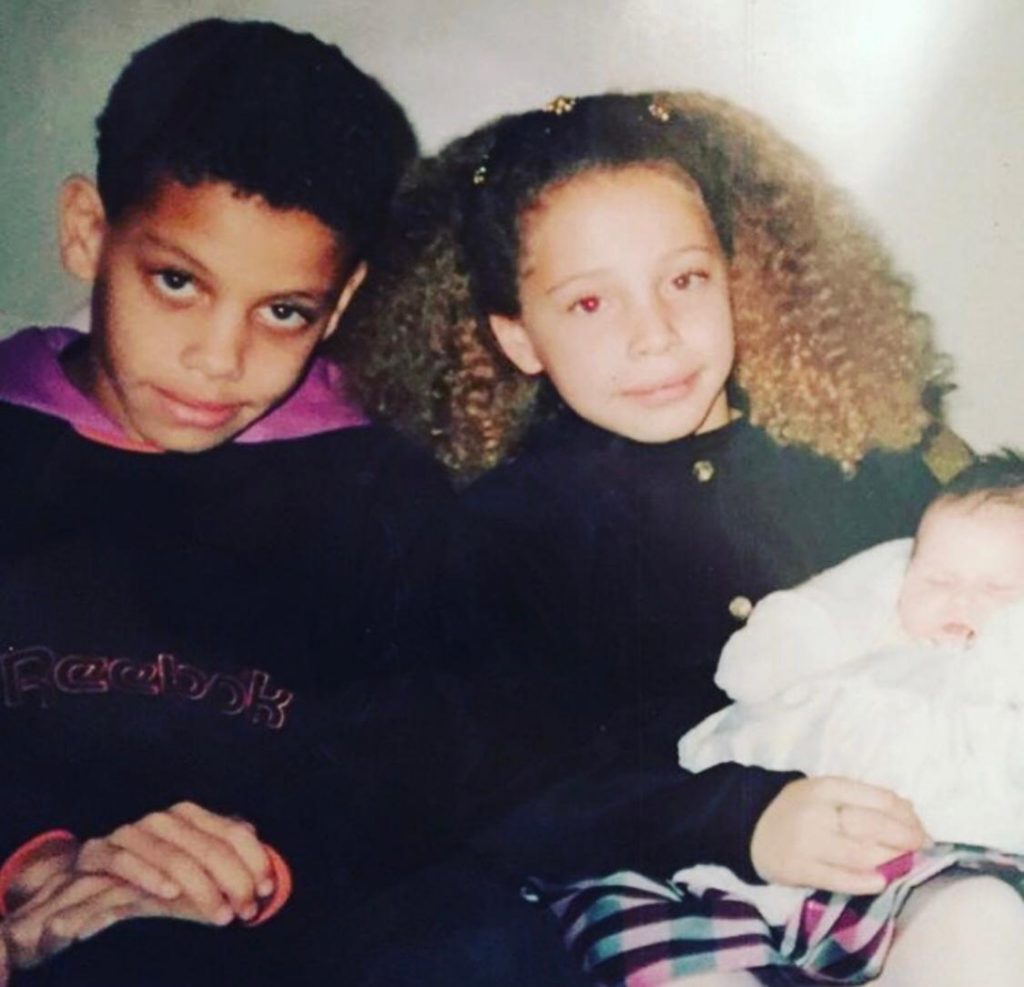 In January 2007 I got a call telling me the tragic news that my brother had died. At this point, I was living in Colchester with my ex-partner & first daughter Ava. Right away I decided to move back to Dundee & during this period I split with Ava’s dad. With the loss of my brother & especially him being so young at just 24, this motivated me to do something special with my life.

Getting my start in the beauty industry

I first joined a band with one of my best friends Kirsty & tried to kick off a singing career, which was great fun but I wasn’t sure if I wanted to take this further and make it a career. It was at this time I got together with my now Husband & Business Partner Dean. I have always had an interest in beauty so applied to college but the course was full and I was turned away. Not keen to give this up so quickly, I took up private courses which I paid for myself with a woman in Dundee. Once I had completed my training she then employed me, but because I was so junior at that point, she put me to work selling her courses & travelling all over Scotland which wasn’t really what I wanted to do.

While in this job, I read an article about Katie Price receiving this “amazing brow treatment” which turned out to be HD Brows. As soon as I saw this I was hooked. I grew up in the ‘90s when eyebrows were overplucked, which I never did but I did always have a passion for brows. I used to sit and draw them and focus on how the framed the face and the eyes.

I just knew I had to go on this course.

I borrowed money from my mum – around £1,300 which was a lot of money for us and completed the course. I took this knowledge back to Dundee and was either the first or second person in Dundee offering this treatment. It started with me having people up to my house for treatments, but this ended with whole families coming up to my house, it was madness and it was getting too busy for that space.

The Big Green Nissan and House of Liberty

From there, I travelled around Dundee in my (horrible!) Big green Nissan as a mobile beauty therapist doing Brows. This was fine for a while but I knew I was wasting a lot of time driving around. I took the next step and rented space in a hairdressing salon. This was a great environment for me to work in for the next while as it meant I could fill the time I used to spend travelling with clients and I didn’t have people in my house!

I was never really settled there though, because every time I hit one milestone I was already thinking about what was next. This was when I thought about opening my own shop.

In April 2013, I opened my salon House of Liberty. the idea and concept for that was to be as far away from what was being offered at the time. We had hairdressers in there, we had brows, a nail bar, as well as clothes and jewellery.

The way I decorated at the time was like a skate park really, we had graffiti all over the walls, tartan wallpaper, it was mad! 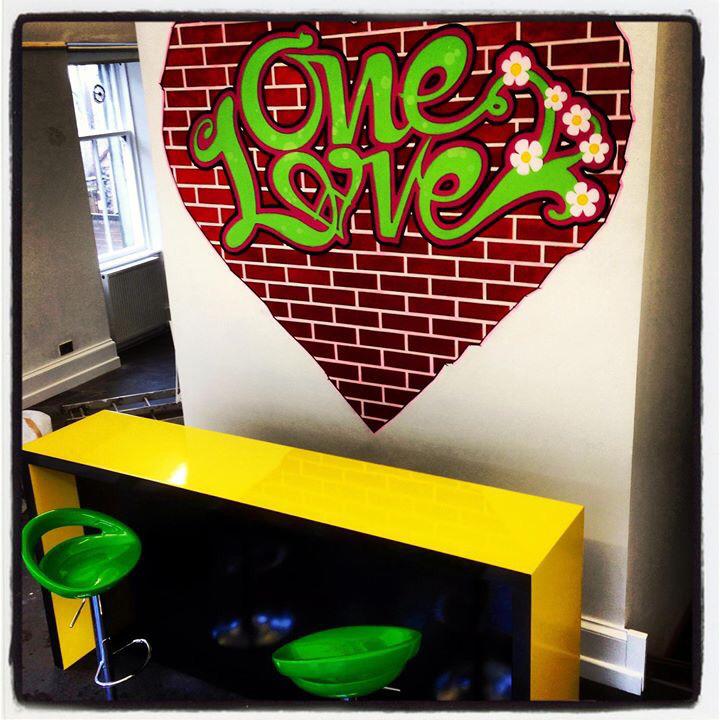 I didn’t have any kind of business training, we didn’t even have a receptionist. So we all kind of learned on the job. But as soon as the doors opened, we were mobbed from the beginning. We were so busy!

We were so lucky and grateful for this but the inexperience in business did start to show a little bit with stress rising at how busy we were.

The hairdressers soon decided to go off and do their own thing which left us with the entire shop to do what we wanted to with. I decided to change the downstairs into a semi-permanent tattoo studio as I have recently learned how to tattoo brows and do microblading. This was a real turning point for us in the business.

Two years into opening House of Liberty, in 2015, we launched Browjam as a brand and our first product. I knew I wanted to give clients a really good aftercare product for their brows and at the time there wasn’t really much to offer.

There were powders on the market but I knew there was space for something better. Anastasia Beverly Hills had a popular pomade but it was hard to get and we couldn’t wholesale it so I decided to create my own.

We searched for months & months but eventually found the right people to work with to create our own Browjam pomade that is long-lasting on the skin, as well as our own really cool brush “Magic Brush” that allows you to create really crisp lines and hairstrokes.

The first batch we got sold out immediately. We didn’t even have a website or anything like that, people were just hearing about it and coming into the shop to buy it or contacting us to get it shipped out.

This was the birth of Browjam, and the whole concept behind the name is that we’re jamming together global skills, techniques and products within the brow industry.

We’re able to do this because one of the things I think I do well is seeing gaps in the market and knowing when things are just about to blow up, especially with brows. So I knew that there was about to be a boom in demand for brow training and be a trade in their own right.

At that time there were only two or three people in Dundee who were really good at brows, including me. People were already asking me for training on brows because I stood out from the rest with my own unique styles and looks that were customized to each person.

In May 2016 we created our first Browjam beginner’s course. This was a two-day course taking someone from zero brow training and through extensive training. They learned all aspects of brow artistry such as how to design, tint and shape the way we do, as well as all the health and safety aspects, laws and legislation you need to be aware of.

This kicked off the Browjam Academy. From the success of this beginners course, we were able to sell out all courses for the entire first year when this was announced and we have grown massively from this. This beginner’s course is still offered and continues to be popular and sell out quickly as soon as we announce new dates.

We’ve trained hundreds of artists now and it’s such an amazing feeling to be able to pass on my skills and knowledge to people from all over the UK and the world who have been able to find their own success and make amazing money from it.

By this point, I had really stopped offering brow grooming treatments myself because the microblading had taken off and that was more in demand. The next step was to create a microblading course.

This took a few years to put together because I wanted it to be really unique and do it right because I already had people asking for it so I knew there would be demand. This also sold like mad and I’ve been able to keep tweaking it, improving it and finding better ways to teach it. We now also have brow lamination and henna course to add to the list.

As Browjam grew through Instagram and the reach we got from students going out and offering Browjam treatments and products, the natural progression was to rebrand House of Liberty as Browjam Studio.

Our rebrand is currently underway, so if you’ve been in recently you might have noticed things changing here and there. By the end of the month, this will be complete and we’ll see the first Browjam Studio.

Throughout this journey I never had a clue what I was doing with all the business stuff, I just had to learn as I was going. I had a burning desire to succeed and just got to work.

I made a million mistakes along the way, but would never trade them for anything as the knocks were my greatest teacher and you just can’t put a value on this.

There are no shortcuts, you just got to take the hits and keep moving forward.

I should point out that I say “we” quite a bit as I describe my journey as this wouldn’t be possible without the unbelievably talented girls I have in my team and I will be sharing lots more about this special bunch in the coming weeks. 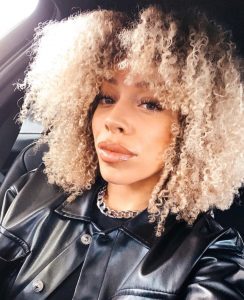 “Building on a Brow Dream”.

Copied to clipboard!
Browse all treatments Take me there

Unfortunately we cannot offer shipping to Ukraine or Russia at the moment. Any orders placed will be refunded. Dismiss